May God bless you with a restless discomfort about easy answers, half-truths and superficial relationships, so that you may seek truth boldly and love deep within your heart.

May God bless you with holy anger at injustice, oppression, and exploitation of people, so that you may tirelessly work for justice, freedom, and peace among all people.

May God bless you with the gift of tears to shed with those who suffer from pain, rejection, starvation, or the loss of all that they cherish, so that you may reach out your hand to comfort them and transform their pain into joy.

May God bless you with enough foolishness to believe that you really CAN make a difference in this world, so that you are able, with God’s grace, to do what others claim cannot be done.

And the blessing of God the Supreme Majesty and our Creator,
Jesus Christ the Incarnate Word who is our Saviour,
and the Holy Spirit, our Advocate and Guide,
be with you and remain with you, this day and forevermore.
AMEN
(A Franciscan Blessing)

Dear Selah,
You were tracing an S last week when you crumpled to the floor in sobs. You just couldn’t get the curve to go your way, so you vowed to never draw an S again. With a name like Selah, that’s going to be difficult, babe.
You wear genes of perfectionism like your mom (and dad). The bad news is that you’re doomed. The good news is that you can get over it. Nothing will ever be perfect, no matter how hard you try. But you keep trying anyway.
Your momma, at 34, is just beginning to figure this out. I’ve got a history of drawing my S with funky curves. But I’ve got a longer history of not even trying. And that’s far worse than one bad S.
Like when I…
Skipped swimteam tryouts because I didn’t have the fastest crawl.
Refused to give Festival Ballet a shot after getting cut the first time.
Chose education over journalism, even though all I’ve ever wanted to do was write.
Not trying for fear of failure really stinks. It’ll prevent you from being who God has created you to be. His perfect design for you may be thwarted by your own fear. Don’t let it get the best of you.
Little by little, your momma is learning to try. And fail (sometimes miserably). And keep trying.
I never swam on the team, but I became a lifeguard.
I never danced for Festival, but I got to choreograph in college.
I never got my journalism degree, but I’m finally starting to write.
A few months ago, I entered my first writing contest. I wrote my best piece, but it wasn’t good enough. Someone else won last week and they deserved it. It’s a great read. Check it out here.
At first I thought I would be crushed. Crumpling up into a ball sounded spectacular. No doubt I was disappointed. I really, really wanted to win. But I didn’t and that’s okay because I tried.
Better yet, I’ll try again. And so, I pray, will you.
One of these days, your “S” will look just right. And maybe by then, mine will too. Maybe we’ve both got a pen to pick up. And some pride to get over.
Love you like crazy,
Mommy

Proverbs 3:17 says that, “All her paths are peace.”
Not always mine.

God invites us to, “Lay hold of My words with all your heart….
Get wisdom, get understanding.” (Proverbs 4:4,5)

I want to walk with steps unhampered.
I want to run and not nosedive.
I want to live a purposed life.

Those words of His;
I need to guard them

From
Too busy
Too tired
Too enamored

Proverbs 4:23 cautions us to, “Above all else, guard your heart for it is the wellspring of life.”

Wellspring of life,
Flood over
This Heart.

Sear wisdom
In this soul.
And compel me
To You.

Compel me only to you. 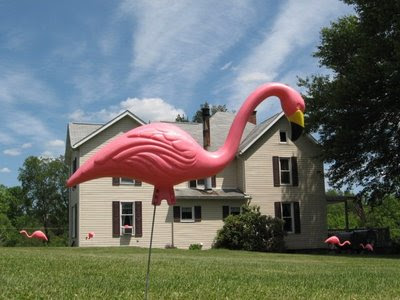 We’ve got 24 flamingos on the loose. 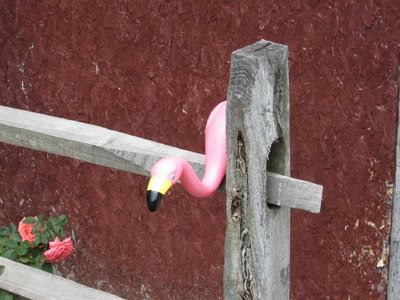 These gals are helping us get to DC for our missions trip. 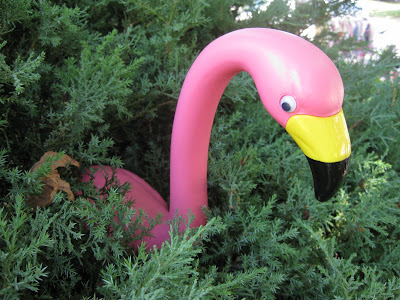 They’ll flock a yard of your choosing for $20. 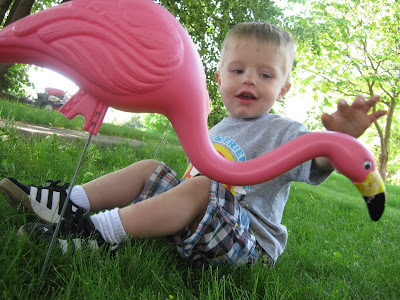 Since this was our master plan, we weren’t expecting an attack on ourselves:)
And with our minuscule yard, 24 flamingos were quite prominent. Those students!

Shoot me an email if you’ve got a victim in mind (and you live nearby).

Oh, and you can follow their flight patterns here.
Thanks!

Some of our youth group students and leaders are heading to Manassas (outside of DC) for a missions trip July 5-July 13. They’ll work alongside churches and service agencies to provide help for low-income, elderly, and special needs individuals – those who are not able to help themselves in this particular season of their lives.

We have been telling the students that they are not taking God to DC, as if He hadn’t already been there. They are partnering with local organizations to see how He has been at work all along. They might find themselves on a building project, painting a home, tutoring kids, serving at a homeless shelter, or assisting at a Vacation Bible School. We’re excited to see where everyone will end up!

Following the mission trip, the team will be remaining in the DC area to attend a leadership training conference. The focus of this conference will be on imitating Christ and serving and loving through Him in concrete, tangible ways.

Please pray for our team as we etch out the last minute details and continue to raise funds for this trip. Paul and I are psyched about our group – the students are phenomenal! But as always, there are roadblocks – lots of opportunities to either freak out or trust. Better choose to trust, as having a conniption never gets me anywhere.

Thanks for praying. I adore many things about God. But today I love that He is sovereign.

Please click here to read a recent post I wrote for Ministry-to-Children.com. It’s about dreams and the Red Sox and losing my wallet and pursuing the best in this life. I’m learning, but I’m a little slow as usual:) Enjoy!

“What if I turned into a polar bear,
and I was the meanest bear you ever saw
and I had sharp, shiny teeth
and I chased you into your tent
and you cried? [said the baby bear]

Then I would be very surprised
and very scared.
But still, inside the bear
you would be you,
and I would love you.” – Barbara Joose, Mama Do You Love Me?

Selah, would I still love you?
Yes.
Because you would still be you.
And your mama is crazy bout her Selah.

Adden shyly accepted the spotlight of his birthday shabang.
Man, do we love that smile.

His momma was proud of the train cake she made on the fly.
It wasn’t perfect, but it was hers.

We think he’s pretty amazing.
Even if he does insist he’s three.

I recently wrote an article on this topic here for Ministry-to-Children.com.

This was the first picture I tried to post
in honor of your bday, little man. Oops.
It’s been a long day.

This is the right picture, one of my favorites.

And with minutes left in your special day, I just wanted to say

My eyes light up at the sight of you.
And I adore that glimmer in your eye.

Your smile makes every day exquisite.
And I am proud to call you my son.